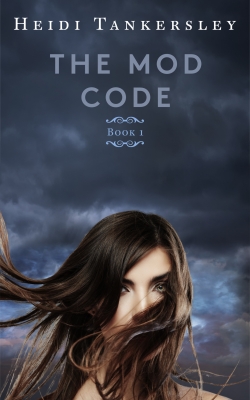 Twin brothers. One modified, one not.
The girl they both love.
A gene code their fathers want to force into the world.

Sage is kidnapped from her Kansas farm and held for ransom on a remote Pacific island. If she wants to survive, she must sort out truth from the lies of her past.

Jack and Beckett have lived with their dad’s obsession of the mod code ever since the day they were born–and now he’s taking captives in attempt to get the mod code back.

Beckett will do anything to save the girl. Jack will stop at nothing to destroy the code. But doing either may require that the brothers let go of the one person they’ve both come to love.

“Fabulously woven plot with dynamic characters, led by a spirited heroine. This book was thrilling from beginning to end—by far my new favorite.” -Amazon Customer

The last Sage saw of Jack Adamson, he was falling from a helicopter toward the Pacific Ocean.

And not by accident.
Because she’d pushed him.

Now Sage is in the claws of Vasterias, headed for the corporate mansion in upstate New York—the very heart of the organization. It’s up to the Adamson brothers to rescue her in time, or Vasterias will harvest what they need from Sage and multiply the mod code.

Beckett is desperate to earn back Sage’s trust.
Jack is determined to keep Vasterias from getting what they want.
But no one predicts what will happen when Sage takes drastic action all on her own.

A letter from Sage’s father sends her back home to secure vital information surrounding the mod code.

But when Dr. Adamson intercepts the material, intending for a trade with Vasterias, Sage barely escapes alive, surviving only by the aid of her friends.

Now Sage, Finn, Imogen, and the Adamson twins embark on a hunt for the stolen research. If the mod code falls into the hands of Vasterias, it will be used to control humanity in dangerously powerful ways.

An action-packed romantic adventure that readers won’t want to end, the third installment of The Mod Code series is sure to enthrall the growing fan base of readers enjoying Heidi Tankersley’s books. 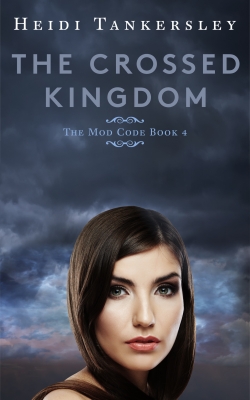 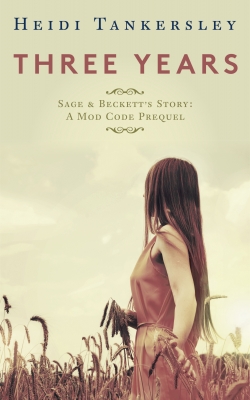 She’s never been in love, and she’s not going to start now, especially not with her new farm neighbor—no matter how good-looking he is, no matter how much his parents want to help her family.

Beckett is hurting in a way he’d never show anyone.

He doesn’t plan on falling for Sage. He knows it would be easier if he didn’t care about her at all—because of his secret, because of the truth about who sent him to her small Kansas town.

But when Sage’s family farm is threatened with financial ruin, Beckett can’t stand back and watch.  As Vasterias forces mount against them, Beckett is desperate to tell Sage the truth—before Vasterias gets to her first.

This is the story of Sage & Beckett’s three years on the farm before The Mod Code Book #1. This story is told in alternating perspectives: Letters from Beckett, written to Sage and Sage’s Journal/Diary Entries. 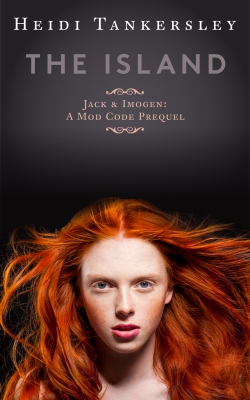 The first time Jack lays eyes on Imogen Bates, she’s locked in a cell, thrashing and raging, hurt from the emotional wounds of her mother’s death. Jack thinks Imogen is just another crazed recruit.

The first time Imogen sees Jack Adamson, he steps into her cell and gives her orders. Imogen thinks Jack is just some cocky guy with the same intentions as the men who killed her mother. She attacks Jack, right there in her cell … and Jack pins her to the ground for it.

Jack doesn’t have time for troublesome red-headed recruits—he’s busy making plans to get off the island and find the mod code. But when Imogen weasles her way into his plans, he can’t cut her out, or she’ll give him away. Perhaps the two can learn to drop their judgments and work together—maybe even long enough to discover they’ve misinterpreted each other all along.

This is the story of Jack & Imogen’s time on the island before The Mod Code Book #1. 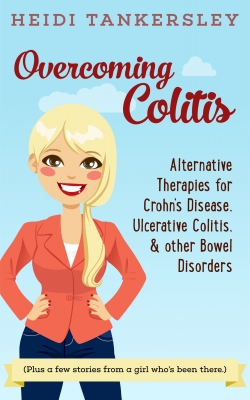 If you’re longing to feel good again, read this book. Your body (and bowels) will never be the same.